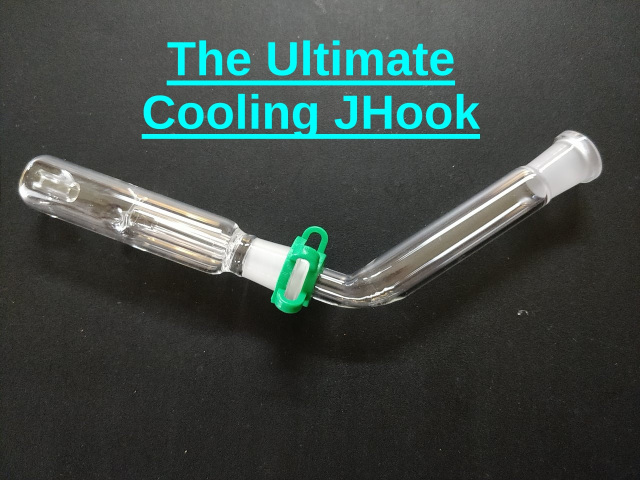 The newest (and best) way to cool off those hot portables! Superior cooling compared to JHooks currently available.

Why modular? To give you many more options in using the included pieces.

Now it's possible to cool any vaporizer which has a 14mm Male WPA! Without water!

Unmatched cooling power, made to handle temperatures far greater than any herbal vaporizer can produce, you can now cool that hot vapor off without water. Why without water? Because water steals our terpenes from hour herb. Terpines are water soluble. They are also known for many of the effects we seek from our herb in the first place. So why lose them? Now there's no reason to.

But what about just loading a stem with glass beads? Because it's not an optimal solution. While they may cool vapor, they also steal most of it to collision-adherization. You've probably never heard of this, but if you're using glass cooling beads, it's already happening. While the vapor just extracted from your herbs makes it's way through the small maze you're created with those beads, it's also slamming into every surface along the way, and there are many points of impact. At each point of impact, vapor goodies adhere to the surface. So you get less vapor with each hit.

The cooling tech in this cooling solution has 4 points of impact, thereby greatly reducing collision-adherization. Delivering the most vapor from your herb to you, not on the glass. (After all, if you want to collect reclaim, there are many rosin press solutions available to do just that).

To date, have received feedback from buyers of very successful cooling with the following vaporizers:

Note: Cooler can be used without the wand attached.

Sold out
Add to Cart